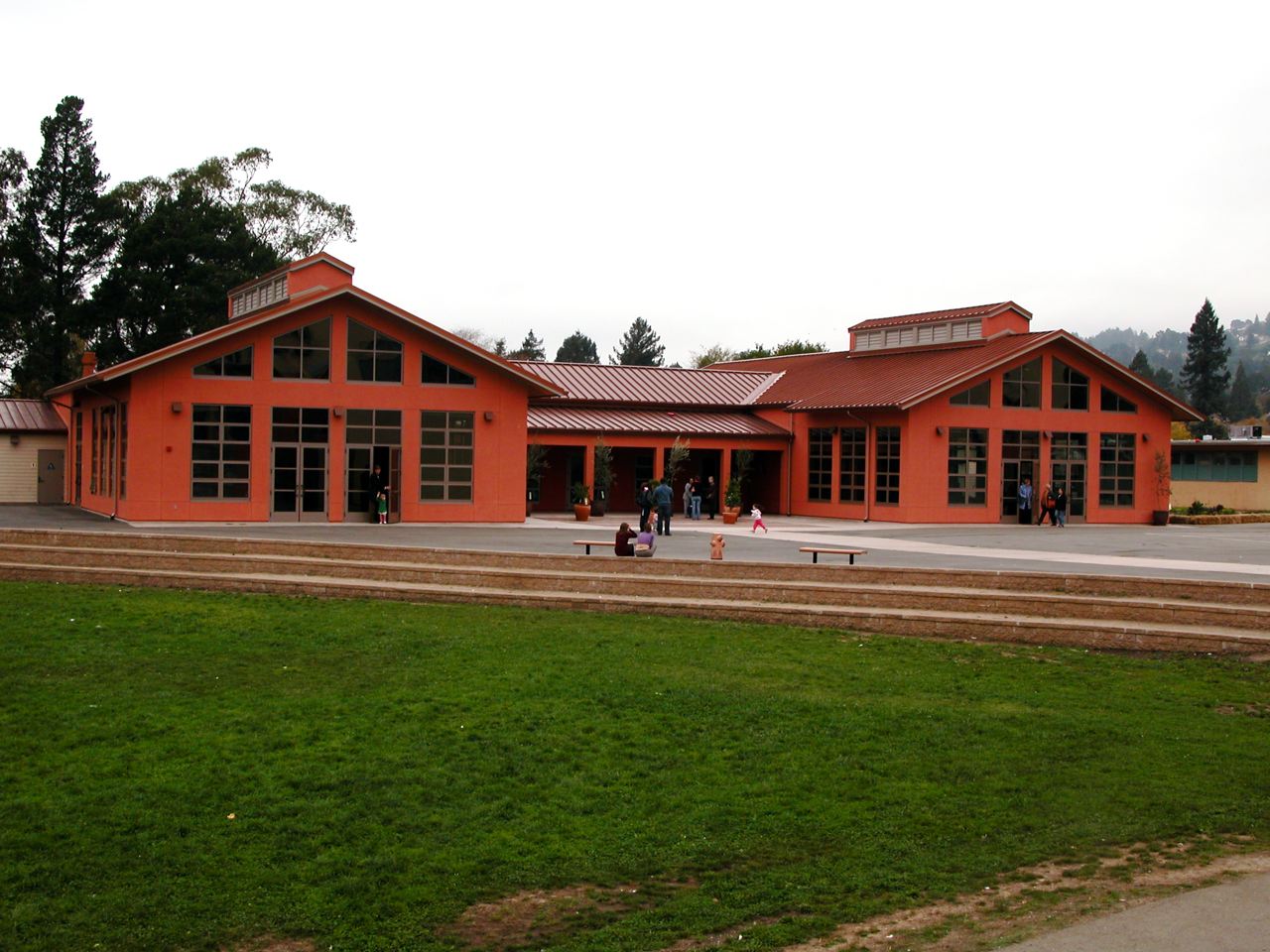 The new Dining Commons at the Martin Luther King Jr. Middle School in Berkeley, California – feeding students since August – opened its doors to the community on Saturday to show off the latest phase of a revolutionary approach to school lunch. For the first time, several hundred parents, teachers, local food activists and assorted politicians – including Mayor Tom Bates, Assemblywoman Loni Hancock, Assemblyman Mark DeSaulnier and Congresswoman Barbara Lee – could sit together in this extraordinary new building and share an ordinary school lunch: lentil soup, grilled chicken with roasted root vegetables, green salad and bread, fresh fruit. They paid $100 apiece for the privilege (the proceeds going to support the program). Students pay anywhere from 40 cents to $3.50 for a comparable meal (depending on family income).

Alice Waters first proposed the dining commons, sited between the gym and the baseball diamond, almost 10 years ago. It was originally slated to open in 2005 – which was probably unrealistic all along. Then 2006 rolled by, then 2007….I had started documenting construction with time-lapse ambitions, but I could go months at a time without clicking the shutter and not miss anything. The project reflected all the contradictions and hopes of school lunch as an emblem of our food culture: the absurdity of the official “nutritional” rules; the dire funding and related staff shortages; the increasingly scary links between diet and health, especially for children – and the weird knowledge that what had to change quickly wasn’t going to. Not even at the King school, which is home to The Edible Schoolyard, a hands-on organic gardening and cooking program that’s supported by Waters’ Chez Panisse Foundation (of which I’m a board member). It had come to seem almost normal that sixth, seventh and eighth graders who were learning about biodiversity, the science of composting, and the central role of agriculture in ancient civilizations, not to mention planting, harvesting and cooking food from the school’s one-acre garden – were getting a school-district-wide menu of microwaved chicken nuggets.

No more, thanks to the incredible efforts of Ann Cooper – aka Chef Ann, aka the Renegade Lunch Lady, and officially Director of Food Services for the Berkeley Unified School District. In addition to offering breakfast and lunch to King’s roughly 1,000 students, the Dining Commons is also the new central kitchen for the entire BUSD, comprising about 10,000 students. “We’re serving 8,300 meals a day from this kitchen,” Cooper told the Saturday gathering. “No trans fats, no high fructose corn syrup, whole grains, fresh fruits and vegetables.” So far, about 70 percent of what she purchases comes from the West Coast corridor, and about 30 percent from within 150 miles. Almost everything is cooked from scratch. (For more info, go to http://www.schoollunchinitiative.org)

On Saturday, the mood seemed one of euphoric disbelief (sound familiar?) as Cooper and her staff, plus devoted volunteers, began bringing out lunch and Waters and Congresswoman Lee took the microphone by turns to tell the story of how the funding and the vision for the project came together. We were sitting in front of an open kitchen, in a dining room saturated with natural light (and windows that open!); under a vaulted, wood-beamed ceiling; on reclaimed-wood benches and stools at reclaimed-wood tables (nothing nailed to the floor!); with a china plate, a glass and silverware in front of each of us. We were at the children’s table. It felt remarkable. In fact, said a woman sitting next to me, it felt “like a miracle.” Of patience and determination, surely.